It's sometimes tricky to cover legislation as a student, but with the right tools and persistence, it can be done well. 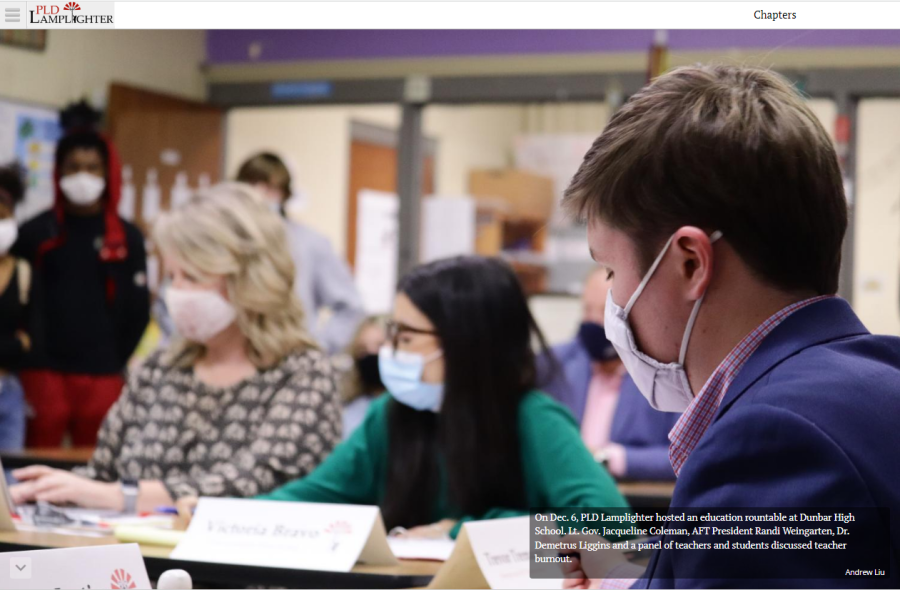 As the adviser of PLD Lamplighter, I’ve had the opportunity to make connections with politicians, decision-makers in our district, and an array of professionals in our community. This, along with a professional background in journalism, gave me the confidence to send my students to cover events in Frankfort and beyond. I’ve learned a lot of tips and tricks along the way, and I want to share them with new, and even seasoned, advisers across the state.

First, a little background on the story that put us on the national radar: “No Seat at the Roundtable”

In April 2019, we found out that an education roundtable would be taking place in Lexington at the Bluegrass Community and Technical College Campus. Attendees would include then-Secretary of Education Betsy DeVos, then-Governor Matt Bevin, as well as “education stakeholders.”

A media release we obtained said that it was an open press event. The editors-in-chief that year decided that it was newsworthy and they made plans to attend. Once they arrived, they were turned away–not once, but three times. They presented their credentials and they explained that they were student reporters, but they were told to leave by US Marshals.

As it goes, they returned to the newsroom and what began as a news story quickly turned into an editorial in which they wrote about their experience. It quickly went viral, being picked up by The Lexington Herald-Leader, and soon after, The Washington Post and CNN.

The EICs quickly went from elated by the attention to the slight by politicians to deflated by the system itself.

“We were unexpectedly given a national and international platform, which we are grateful for, but this experience has had highs and lows,” they wrote. “We were excited to spread our message, but we have been saddened to find that most of the media outlets who covered our story sidestepped us.”

And that’s one of the lessons these young reporters learned that they documented in their follow-up article “Still Not Heard.”

Their outcome was bittersweet in that they opened a dialogue about student publications and they inspired a slew of comments and feedback from people all over the country, but they also felt that very little change happened in the end.

We all agreed, though, that we’d do it again in a heartbeat.

Since then, PLD Lamplighter has covered politics extensively. The Editorial Board has made additions and updates to our policy page and our Code of Ethics to stay in line with both the law and professional standards. As a public forum, this offers consistency to a common standard that we abide by year after year.
Tips and Tricks
*Follow the news–especially keeping an eye out for stories about education and education policy. We have a Twitter account that follows politicians and journalists so we can keep up with potential stories.

*Contact your legislators and district leadership and form relationships with those that are willing. PLD Lamplighter has a very strong relationship with Sen. Reggie Thomas, and because we have worked with him many times over the years, he always makes himself available to students. We also know that we can contact our Board of Education Chair, Tyler Murphy, who will respond to our questions and make himself available for interviews. 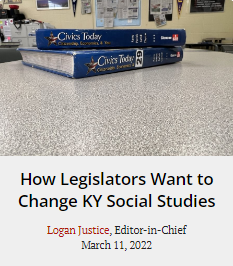 *Create a working relationship with professionals in your city. We have an advisory board that consists of professional journalists from WLEX, WUKY, the Herald-Leader, and WYMT. At least twice per year we reach out to them to ask for advice and pre-COVID we even took advantage of shadowing opportunities. Don’t be afraid to reach out. You’d be surprised how many professionals feel strongly about mentorship and inspiring the next generation–they just haven’t been asked to help.

*Don’t be afraid to cover political events, but be ready to spend time gathering background. Confidence goes a long way, but only when paired with solid research and serious preparation. If you are going to cover an event–like we did during the teacher pension crisis, or if you are hosting an event–like we did when the American Federation of Teachers president visited our school, it’s important that you are prepared with enough knowledge to be able to ask intelligent and informed questions. 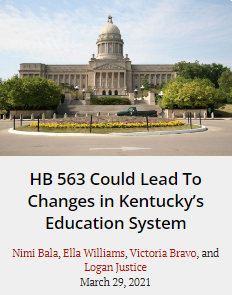 *And finally, ask for help when you need it. There are so many resources that are specifically catered to assisting journalists, including students. Use them.
Resources
First and foremost, the Student Press Law Center should be on speed dial for every adviser. They were incredibly helpful–giving us advice and resources for student publications and the protections that they have under the First Amendment. We spoke with them on the phone and had one-on-one sessions that guided us in our decisions and made us aware of our rights and responsibilities.

The Kentucky Coalition for Open Government is an invaluable source for gaining access to Open Records as student journalists. They were so helpful and they were prompt with replies to our many, many questions.

The National Coalition Against Censorship is another organization that was supportive of the students in their journey to access information and share their perspectives. Their website includes a Youth Censorship Database that documents the issues that schools face across the nation.