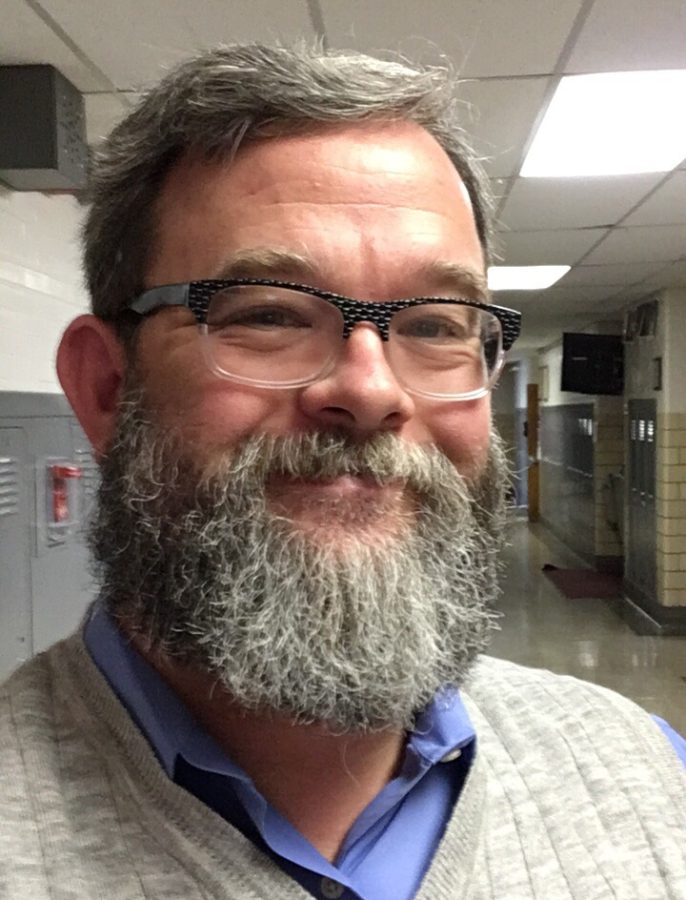 Earlier this week, the Columbia Scholastic Press Association (CSPA), with help from the Dow Jones News Fund, the Poynter Institute and The Wall Street Journal, announced James Miller as a Distinguished Adviser based on his work during the 2016-2017 school year.

“A lot of teachers work in isolation and their hard work doesn’t go recognized and that’s not their fault,” Miller said. “To have the work that I do and the time that I put into this job be recognized like that is very flattering and very appreciated.”

To receive the award, prospective nominees must complete an application accompanied by letters of recommendation and a resumé.

“The application effort was collaborative,” Miller said. “I had to ask a bunch of people to write me recommendations and I had to point to examples of all the work that my students do. It was not something that I did on my own. If my students weren’t doing the amazing work that they were doing [the CSPA] would not have looked twice at my application.”

Along with pointing to his students as inspiration and thanking those that helped in the process of completing the application, Miller thanked the CSPA and will head to New York in March for the award ceremony.